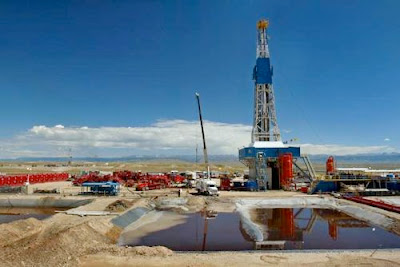 La Veta, CO -- On September 8, 2011, the Huerfano County Board of Commissioners, through County Attorney Garrett Sheldon, filed motions in Denver District Court asserting they are under no obligation to inform local citizens when they learn of state-level permit applications by oil and gas companies to drill new wells in their county.

The County’s action comes in response to a lawsuit filed July 8, 2011, by Citizens for Huerfano County (CHC), concerning a permit to drill a “fracked” natural gas well that was granted on June 9, 2011 by the Colorado Oil and Gas Conservation Commission (COGCC) to Shell Western Exploration and Production Inc (SWEPI), a unit of Royal Dutch Shell.

"CHC members are infuriated,” said Julie Kreutzer, CHC’s attorney, “that neither the COGCC nor the County Commissioners think they have any obligation to inform the public, or to allow them any meaningful role in the permitting process -- even though it is the residents of Huerfano County who will be dealing with well impacts."

While the Huerfano County citizens were scrambling to learn about the COGCC rules and how they missed being informed, the COGCC maintained that it couldn’t  find emails it had sent notifying  Huerfano County Administrator John Galusha of Shell’s application dated April 27, 2011, or of the subsequent June 9 approval.

Then the COGCC admitted that it failed to notify Galusha, but now Galusha states, in an affidavit attached to the County’s September 8th filing, that he was informed about Shell’s application on April 27th.   The filing also states that the citizens “mistakenly assert that notice to Mr. Galusha should trigger further notice to the citizens of the County. Notice to Galusha is notice to the Board of County Commissioners and no one else.”


For more information, contact Sandy Borthick with Citizens for Huerfano County, 719-742-5702 or borthick@amigo.net.