The Bureau of Land Management is proposing to lease over 8,000 acres in Huerfano County for oil and gas development in its November 10, 2011 quarterly lease sale in Denver (see the Sept. 1st post for details).  The lease sale places fourteen parcels in 4 areas of the county on the auction block, including much of Mount Meastas and Black Hills and several thousand acres near Wahotoya and Gardner. 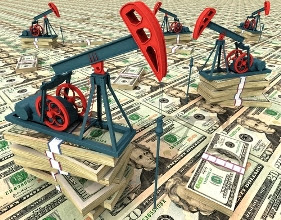 With little time to waste, CHC decided to file a formal protest on all 14 parcels being offered.  According to the BLM rules, parcels may be withdrawn or deferred if new information becomes available to the agency that was not previously identified prior to the lease sale.

In pouring over the draft BLM Environmental Assessment (EA), comments very generously shared by the Center for Native Ecosystems and Division of Wildlife and new information coming to light about impacts from oil and gas development,  CHC consultant Ceal Smith was able to identify numerous substantive reasons for the BLM to withdraw or defer all 14 of the Huerfano County parcels.  Most, however, centered around three main issues:
In a great example of citizen science, Dale Lyons, a long-time resident of Gardner, rallied over 50 neighbors to file protests about the need to protect a Golden Eagle nest at Gardner Butte.  The nesting site has been known to the locals for as long as anyone can remember but missing from the BLM draft EA.

The BLM is now required to resolve the issues raised in the protests.  They could defer or withdraw some or all of the parcels before the lease sale, or include them in the auction but notify bidders that the parcel is under protest and could be withdrawn at a later date.  It's difficult to predict what will happen, in some cases it can take the BLM years to resolve a protest issue, in other cases they are entirely dismissed.  In any case, our hope is that should issues and concerns come up with these parcels in the future, we will have established a solid record of citizen concerns.

You can view and download the full 17-page CHC protest here.