Citizens Lawsuit Against COGCC Moves to Next Phase 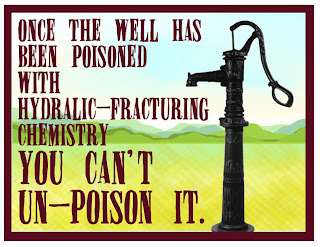 CHC attorney Julie Kreutzer argues a lack of due process, in that COGCC failed to notify the public of the Klikus application for permit, and that COGCC's hasty approval was arbitrary and capricious. In more than 300 pages of administrative records, CHC could find no evidence that the COGCC conducted the kind of thorough review it claims that it applies to every permit in order to meet its legislative mandate to protect public health, safety and the environment.

“This is a straightforward case, and one of the very few meaningful things happening right now in the state to address the concerns citizens have over granting drilling permits without adequate review,” said Kreutzer.

The District Court Judge will determine whether the permit was properly granted by reviewing the administrative record, CHC's briefing, and responses from the defendants: COGCC and Shell Western Exploration and Production Inc (SWEPI, a unit of Royal Dutch Shell). Huerfano County may also file a response, because it intervened in the case on the side of the COGCC and Shell.

Shell has indicated that it isn't interested in the Klikus well at this time, and recently received COGCC and Huerfano County permit approvals to drill four oil wells about 20 miles north of the Klikus site, near Gardner. These permits could be considered relatively "better" in that they have emission controls on all tanks and dehydrators, require tanks instead of pits, and are not for fracking (at least, not the first well, and not right away).

“CHC considered dismissing the Klikus case,” said CHC Vice President Sandy Borthick, “But if this case does not go forward, there is really nothing stopping Shell from developing the Klikus, and nothing stopping the COGCC from rubber-stamping more incomplete, inadequately reviewed permits in Huerfano County or elsewhere in the state.”


“It is important to hold Shell to meaningful standards to protect neighboring water wells and water resources,”  said CHC President, Keli Kringel. “It is also important that the COGCC review every permit carefully and insist upon commonsense protections for public health, safety and the environment.”

"This permit, Shell's first here, poses real dangers,” added Kringel. "For example, Shell plans to dig a huge (225 ft x 110 ft x 14 ft deep)  fracking flowback pit in an intermittent streambed, and only 8 feet above the water table. This pit is a potential threat that was not addressed by the COGCC in its review of the permit."
Posted by Citizens for Huerfano County at 2:24 PM