Walsenburg, CO – The Huerfano County Board of County Commissioners (BOCC) voted unanimously yesterday to adopt oil and gas regulations following a boisterous public hearing in which dozens of residents expressed concerns that the regulations don't go far enough to protect the citizenry from the harmful effects of natural gas drilling and hydraulic fracturing.

“These regulations may have been the best in Colorado in 1997, but are they adequate in 2011 to protect citizens from fracking in a high risk geological environment for drilling like Huerfano County?” asked Sandy Borthick, a member of Citizens for Huerfano County (CHC), a 400 member strong group that recently formed to watchdog new oil and gas activities in the County.

At the time the commissioners titled the regulations to only apply to CBM.  According to County Planner Steve Channel, the BOCC didn’t want to apply the regulations to “deeper drilling that had been operating for years in the county without incident.”  Those drilling operations included several natural gas wells and a large CO2 gas well complex. 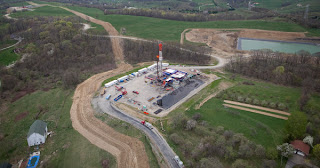 Commissioner Roger Cain said the County "can't afford a lawsuit so we have to use regulations, like La Plata County's, which have already been proven in court", but the BOCC has already used county funds to join a lawsuit on the side of defendants Shell and the COGCC against plaintiffs CHC.

Earlier this year, the County granted a conditional use permit to Shell Western Exploration and Production, Inc. (SWEPI), a unit of Royal Dutch Shell, to drill a 14,500-foot-deep, hydraulically-fracked, multi-zone exploratory well near the town of La Veta despite widespread objections and calls for a moratorium on drilling. 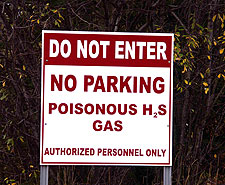 On Oct 11th, the County Planning and Zoning commission passed a motion to "recommend that the existing Oil and Gas Regulations be reviewed, additional questions (for example: performance bonding) or other applicable issues be investigated and the regulations be amended at a later time, if applicable."  When CHC President Keli Kringel reminded all present at the hearing of that, Commissioner Scott King stated, "for the record, no decision has been made about that."

Ranchers, biologists, health professionals and others voiced concerns about road and water impacts, wildlife, health impacts of unregulated toxic emissions and the need to protect the areas tourism and recreational values, but La Veta resident Ken Saydak spoke for many when he said, “We don't want our communities to become another industrial sacrifice zone.”
Posted by Ceal Smith at 10:24 AM