There's been a whirlwind of new activity on the Citizens for Huerfano County (CHC) lawsuit against the Colorado Oil and Gas Conservation Commission (COGCC) and Shell Oil.  More details on the legal front are provided below.  In short, our case is strong and we are encouraged that either Shell's permit will be denied, or we will be granted a hearing and the opportunity to make a solid scientific case for much more stringent protections on the Shell Klikus well permit.
At the same time, CHC is sending a strong signal to Shell and to our commissioners that the people of Huerfano County are not going to stand idly by and let the oil and gas industry endanger our health and safety.
In addition to all the great outreach everyone is doing, we need your immediate help to raise at least $10,000 in the next few weeks to meet our current legal and expert consultant costs.   We are searching for deep-pocketed donors and organizations to which we can apply for grants, but for now, it is up to us.  Please give as much as you can to keep CHC's efforts going strong and to ensure the strongest protections possible for our communities!
There are two ways you can give:


Make a secure online PayPal donation
HERE
Or, send a check written to:
Citizens for Huerfano County
P. O. Box 1193
La Veta, CO 81055.
If you would like to talk to us about direct giving, please send an email
with your phone number and a short message about your interest
and we will contact you.
More details on the legal front from CHC board member, Sandy Borthick: 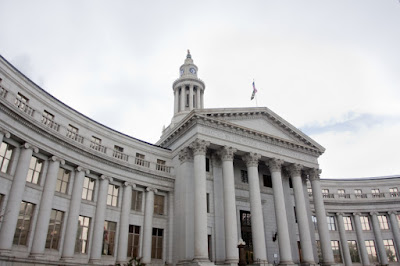 On July 8, Citizens for Huerfano County filed suit in Colorado District Court against the COGCC and SWEPI (Shell Western Exploration and Production, a unit of Royal Dutch Shell). CHC is asking COGCC and Shell to go back to the beginning and conduct the application process according to COGCC rules and Colorado law, including allowing us to present our health and safety concerns directly to the COGCC.  Because the COGCC refused our right by law to publicly comment, they made our input impossible except through litigation.

Our case is straightforward, well-documented and it rests on solid state laws and legal precedent. We are confident of a fairly quick ruling in our favor by the District Court judge, and that the judge will require COGCC and Shell to do as we ask. This would give us the chance to present our concerns and our Seven Safeguards – much bolstered with additional scientific evidence – in a proper pre-approval hearing with the COGCC.  Our hope is that the COGCC will either deny the permit or impose adequate safeguards on the Klikus Well.  If they refuse, we could have grounds for additional legal recourse.

That’s the plan – but lawyers for COGCC and Shell have been busy too, and our County Commissioners have continued to act as if they work for Shell and for a few landowners who stand to benefit from Shell’s development – not for us.

In response to our lawsuit, the COGCC Director David Neslin sent Huerfano County Administrator and designated Local Government Designee (LGD), John Galusha, a letter on July 11th, admitting that the COGCC had failed to notify the county of Shell’s April 27th application to drill and the COGCC’s June 9th approval. The letter suspended Shell's permit approval for 20 days to give the County (but not the public) a chance to comment. Two days later, on July 13, the Huerfano County Commissioners unanimously voted not to provide additional comment. Within minutes, John Galusha wrote an email reporting this to the COGCC and saying the Commissioners hoped “the permit can be approved and move forward.”

On August 1, COGCC notified Galusha that it was re-instating the permit and Shell was free to “proceed with drilling.”  The Friday before, on July 29th,  the COGCC filed a motion to stay with the Colorado Court of Appeals on another, highly-relevant court case, Grand Valley Citizens Alliance (GVCA) v COGCC. About a year ago, the court of Appeals had ruled in favor of the GVCA on essentially the same claim we have – that the COGCC must hear public comment about permits to drill. The COGCC then appealed that to the Colorado Supreme Court, which granted certiorari, meaning they will hear it and rule on it (probably sometime later this year).

A motion to stay is a request that all lower courts stop legal proceedings until the higher court rules. This technique is used to get the other party to the bargaining table to resolve a case without further litigation, or simply as a delay tactic to postpone the matter in court.  In this case, the COGCC’s motion for stay in GVCA mentions our case, which makes it clear the COGCC is trying to stop our suit.

On August 4, our attorney filed a motion for partial summary judgment, asking the court to rule quickly on our behalf, and to take the COGCC’s move at the Court of Appeals as further proof that COGCC has no intention of allowing a public hearing, despite its own rules, Colorado law and the GVCA case as precedent.  In fact, COGCC has told the court that dealing with public hearings was “unduly burdensome” and “potentially a waste of time.”  Our lawyer also filed a Motion to Intervene in the Court of Appeals to tell the court that citizens groups like ours are damaged by a stay, because it could allow Shell to move forward on the project while we wait for a Colorado Supreme Court decision.

In another development, on August 2, Shell filed a motion to dismiss part of our case and to stay two other parts in District Court. On August 4, Shell sent a letter to Art Bobian, Huerfano County Commissioner, stating that they would not drill until the GVCA v COGCC case was decided, but that they planned to do “other work”  in the meantime to prepare for drilling.

On August 16, our attorney filed a response to Shell’s motion to dismiss/stay, and Shell immediately filed a motion to delay the hearing on our summary judgment filing. Clearly Shell wants to move ahead on the ground while dragging their feet in court. Huerfano County Board of Commissioners (BOCC) seem inclined to agree since, on August 8, they filed a motion to intervene in our lawsuit, through Huerfano County Attorney Garrett Sheldon. This motion doesn’t comment on the case; it is intended to establish the BOCC’s right to intervene.

During all this time, the COGCC has not responded directly to our lawsuit or our motion for summary judgement. Now (August 17), COGCC claims that -- through some machinations between the Colorado Attorney General’s office and the COGCC, and some strained interpretations of legal service rules --  the COGCC was not actually served with our initial lawsuit until August 3, and that they should have until late October to respond. Again, these are tactics designed to delay our case. Also on August 17, the Court of Appeals denied the COGCC’s motion to stay the GVCA (perhaps in response to our motion to intervene, or perhaps on procedural grounds).

We are fortunate to have a strong case and a strong attorney.  We are working to prepare for the COGCC hearing, which could happen as early as mid-September, but likely later. We will keep you informed as events unfold.  As board members of CHC, we are working hard on your behalf, but member involvement and support - PEOPLE POWER - are vital to our continued efforts!

The CHC lawsuit includes a request for reimbursement of our legal costs by the defendants (COGCC and Shell).  After all, the people of Huerfano County should not have to take legal action against their own elected and appointed officials in order to have those officials listen to them and help them to protect their health and safety.  In the mean time, we must pay our attorney as well as the other experts we've been able to get to assist us.  We currently owe $10,000 in legal fees.   We would be most grateful for any help you can give us to pay these costs.

Sandy Borthick, on behalf of Citizens for Huerfano County